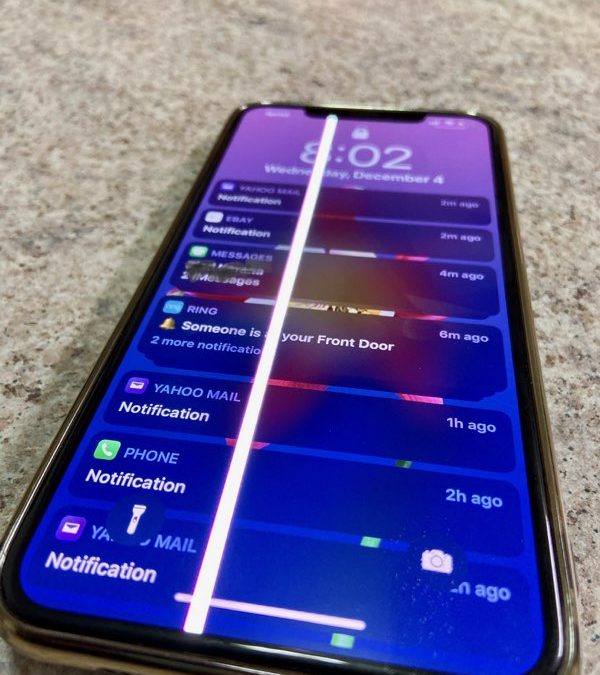 Zaid went looking for the best iPhone XS screen replacement service in Royal Oak. For nearly a week, he had a bright white line running down the screen on his iPhone XS Max. Not quite sure how it happened, Zaid was pretty annoyed with the whole situation. It got in the way of his text messages. The bright light was starting to give him headaches. People around him were bugging him constantly about the unique line on his iPhone screen.

Not wanting to deal with it anymore, Zaid looked for the best iPhone XS screen replacement service around him. Many companies and repair shops popped up. But it was our name, website, availability, and convenience that really made us stand out. Zaid was amazed that a technician would actually meet him at his office to do the repair.

After a few minutes scrolling through our site, Zaid was ready to give us a call. Once on the phone, he explained to us that there was a bright white line running down the middle of his screen. It had been like this for a couple of weeks. We told him that a screen replacement was probably necessary to fix the problem. Later that afternoon we met Zaid at his office in downtown Royal Oak and replaced the screen right in front of him. Delighted he no longer had to deal with that white line, Zaid was anxious to show all of his co-workers.